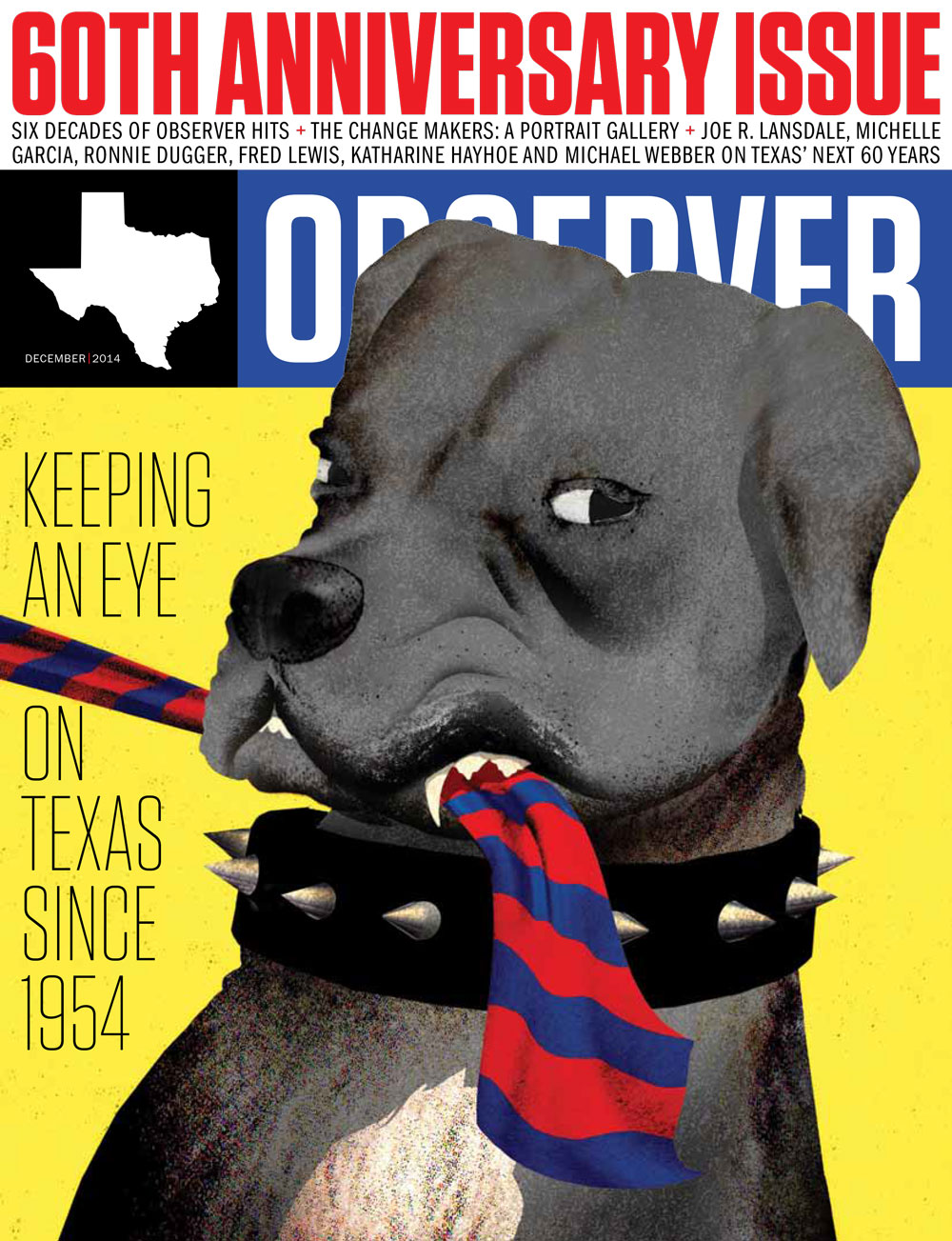 They say history is written by the victors. That’s usually true, and like so many true things, it’s pretty depressing. But embedded in that saying is a corollary that’s equally true and much more hopeful: To write history is itself a victory. If you can stay alive and alert long enough to write what you know, what you’ve seen with your own eyes in your own time, you will have stolen a little victory from the marauding forces of your age—and even, albeit temporarily, from oblivion.

This month, we celebrate 60 years of unbroken and unlikely victory. That’s what it is, this six-decade refusal to yield the floor, though most Observer staffers, past or present, will laugh to see their beloved magazine described that way. Victory isn’t part of our self-concept. We are the underdog’s underdog. We’ve often had money enough only for the next few issues—yet they came out on time, and so did the next one and the next. That’s victory. So is the fact that through generosity, grants and good stewardship, today the Observer’s financial future is secure for years to come—no mean feat as legacy newspapers and magazines fold right and left. We’ve gotten better looking with age, too. The Observer debuted as a newspaper on Dec. 13, 1954, and didn’t take a magazine shape until the 1970s. In the 1990s we added color to our newsprint, and in 2010 we went full glossy. Our editorial staff has quadrupled over the years, and hundreds of thousands of people read our work online every month. The Observer’s future has never been brighter.

Yet we still feel like underdogs, and we probably always will. The Observer is an independent, progressive, populist voice in an increasingly conglomerated, conservative, oligarchical state. Journalism is supposed to afflict the comfortable and comfort the afflicted, but few places in the country rival Texas for the depth and diversity of its afflictions. That means that to work for the Observer is to do your damnedest and know it will never be enough. But you do it anyway, just as 60 years’ worth of Observer staffers and contributors did before you, and that’s victory, too.

For this expanded anniversary edition, we’ve collected many of those voices, excerpting Observer stories that trace Texas’ most significant events and highlight what makes this state so wondrous and infuriating. We also created a gallery of portraits of the artists and activists who’ve changed Texas for the better and will shape its future. We conclude with a collection of essays that examine where Texas is headed on issues near and dear to the Observer community.

That community—you, our readers—is how we have survived, and why we now thrive. So please join us for a look back, a look forward, and a brief victory lap. And then you’ll have to excuse us. There’s so much still to do. —The Editors